Founded in 1994, Microgaming is truly one of the world’s biggest supplier of online games. Regarded as the creators of one of the first online casinos back in 1994, the firm has grown from strength to strength. They have introduced new casino games to the world and cemented their position as one of the biggest players in the mobile gaming industry.

A Short Review Of Microgaming

Microgaming offers over 600 games of different types, including slots, Bingo and Poker. The firm was also a record holder for the biggest online casino win in 2009 when a lucky client won over 6 million dollars on the progressive slot Mega Moolah. An advantage Microgaming holds over newer online developers is its impressive online infrastructure, allowing clients to play most of the games on any smartphone, regardless of the operating system.

Microgaming casinos are only accessible to persons over the legal gambling age in their local area. For those interested in the firm’s contribution to society, Microgaming runs a charity called PlayItForward, that has sponsored many gifted university students. They also support the National Responsible Gambling Week (12th to 18th October), and the company has shown its total commitment to responsible mobile gambling by ensuring that all players can game safely.

Microgaming is one of the oldest and most respected software producers and obviously boasts one of the largest collections of online slots and games in the industry. Its well-developed platforms support mobile games on any device, including iPhone. They are an award winning company and are also known for their huge jackpot payouts, attracting a wide range of players. It is safe to say that the future looks bright for Microgaming.

Yggdrasil Gaming is the perfect example of an underdog outshining the giants. Founded in 2012, this relatively young Swedish company has already established itself as a major player in the online gaming industry. It provides online casino games for many clients from all around the world. Over its short period of existence, the firm has won multiple international awards, proving its leadership in the global market. 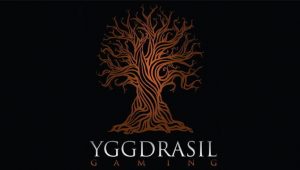 The games offered by the software company are described as simple yet modern, a perfect combination for the 21st-century mobile gamer. Yggdrasil’s most popular game is Joker Millions, a progressive jackpot slot, first launched by the firm in April 2015. Yggdrasil also offers games based on many themes, including ancient mythology, and well-known movies like Jungle Book. Their innovative designs and creative features always ensure that players have the best gaming experience possible.

A game’s worth in the player’s eye is partly determined by the payouts offered. Yggdrasil Gaming has a good track record of huge customer winnings, which can only be a bonus. All their games include features that enhance the chances to win while playing. In July 2017, a Norwegian player won 5 million euros on the mobile progressive jackpot slot Empire Fortune.

Are Yggdrasil Gaming Slots Worth A Try?

The answer to the question is YES! Yggdrasil Gaming offers some of the best slots and progressive jackpots in the mobile gaming industry. In fact, Joker Millions is regarded as an outstanding jackpot, mainly due to its many features that make the gameplay more enjoyable. Also, Yggdrasil is a fully licensed company, meaning that you’ll be dealing with a certified professional, which is definitely a good thing.