If you like your slots sparkly and cheerful right from its features to its pay, then get dazzled by the ‘Dazzle’ me slot. The NetEnt creation comes with amethysts, emeralds, sapphires and rubies to get your bankroll full. The five reeled slot has 76 paylines and players can place up to 10 coins per line. The minimum coin size is 0.01 while the maximum is 1. 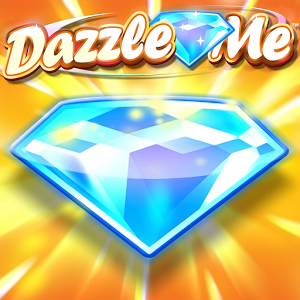 The awarding of the Dashing Wild Reels bonus is totally random. In the bonus, any of the reels can turn fully Wild, sometimes even more than one at ago for the players with lady luck on their side. All the Wilds can replace all the symbols apart from the Free Spins. Landing five Wild symbols anywhere on the reels also awards the 200 coins jackpot.

Dazzle Me Slot In A Nutshell

Dazzle me is an amazing slot that is definitely worth a spin. Trust NetEnt to create a perfection in terms of graphics from the most complicated to the simplest of slots. This slot is specifically well balanced to suit high rollers and new timers in the gaming world. The bonus features are a plus since first they are varied and complement each other.

In the gaming industry, the slot machine has changed tremendously over the years. The original mechanical slots have been replaced by digital ones, but they are still played in the same way. Pulling a lever causes a series of reels to spin, producing a random outcome on the payline. It is a thrilling game, with its name derived from the actual act of slotting coins into the machine to play.

The Evolution Of Slot Games

Slot machines advanced to the digital format when developers produced a virtual reality replica. They remain the most popular game in any casino, with the classic 3-reel game now being accompanied by 5-reel video versions and thrilling progressive jackpot slots. Players can also now enjoy playing slots which have a variety of additional features to make gameplay that much more exciting.

The Unique Features Of Slot Machines 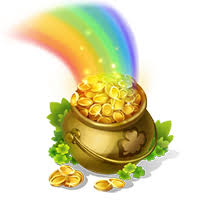 The evolution of video slot machines has allowed developers to include new and inventive features. Apart from the regular symbols, there are now Scatters and Wilds which influence the outcome of gameplay. Players are rewarded with Free Spins, Re-spins and a huge variety of different bonus games and special features. These digital slots have also paved the way for developers to experiment with different themes, using state of the art graphics and animation.

Slots are continuously evolving and can now be played online using most mobile devices. They are easy to understand and great fun to play, thereby earning a huge following and a soaring popularity globally. The games are being developed uniquely, thanks to a surging rivalry among the biggest software providers, who are racing to outdo each other. As it stands, players can expect even more creative and exciting developments to come.